Business owners had to be creative to get customers in the door as this early advertising promotion by Western Chevrolet in Mitchell, SD circa 1928-1932 highlights. There is a delivery truck with the words “Custer Battlefield Hiway, Scenic Route to the West” on the side.  The sign on the car to the right says, “ To-Day, See the Chief and His Sons, Show Room, Western Chevrolet Co.”  All of this is sitting in front of the Western Chevrolet Building at 5th and Main. 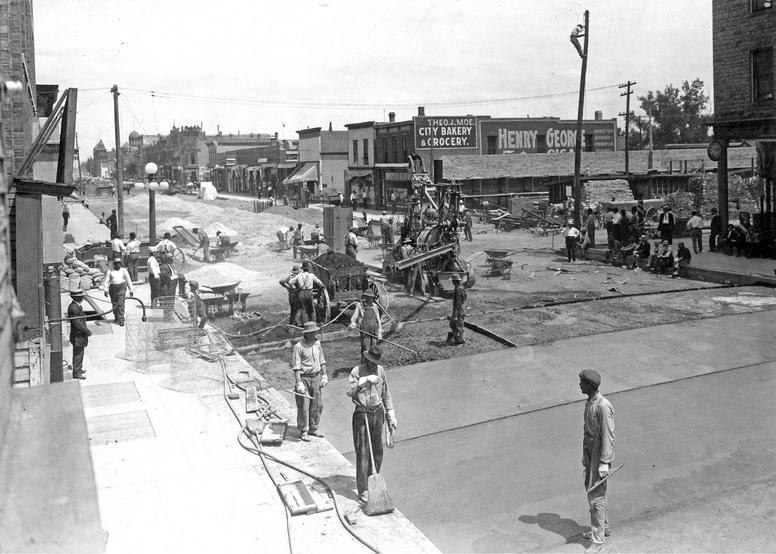 East side of Mitchell’s Main Street looking North.  This photo was taken sometime after 1881 because the Alexander Mitchell Hotel is shown at the far end of the street and it was completed in 1881 on the NE corner of Third and Main Street.  Visible on the left side of the picture is a sign that advertises Liquors and cigars with a restaurant and N.Grant building on the right (east).  Also note,the Court House sits in the center of the picture.

This postcard from the Summers Family Collection shows land buyers in their Brass Era autos, so called because these autos had large brass grills and polished brass trim, sitting in front of the Metropolitan Theatre at 311 N. Main.  The inscription reads, “Kelly’s Autos & Land Buyers.    Mitchell, SD.” Kelley’s Land Company was located on the second floor of the theatre from 1917 to 1931 had operated a business in Mitchell from 1901 to at least 1940 according to Polk’s City Directories.

William (Bill) Puetz, on the left, his horses and a friend pose for a picture.
Springtime meant getting the horses and equipment ready to start another year of farming.  Bill and Mary Grohs Puetz farmed near Ethan, SD and used horses to farm even after they purchased their first tractor in 1944.  Bill loved horses and usually had 10-12 head. During the WPA (Works Progress Administration) years, the dirty thirties,  Bill and his horses were hired by the government to work on dams and roads in the area. 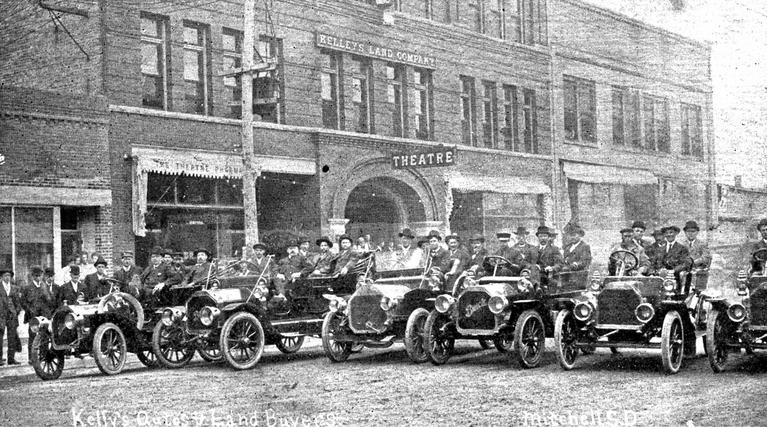 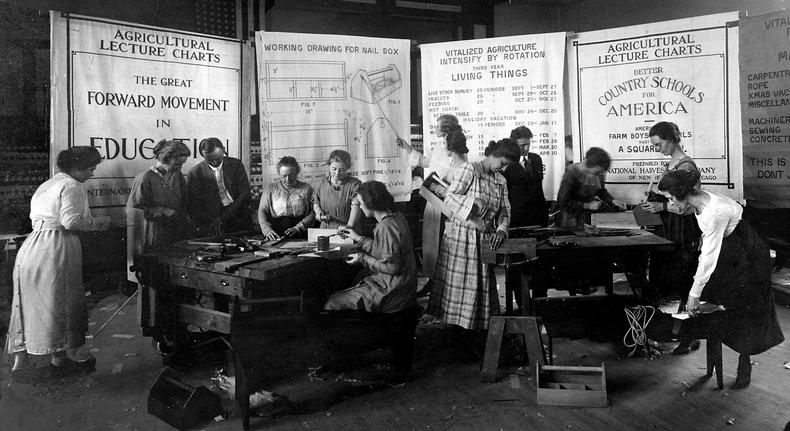 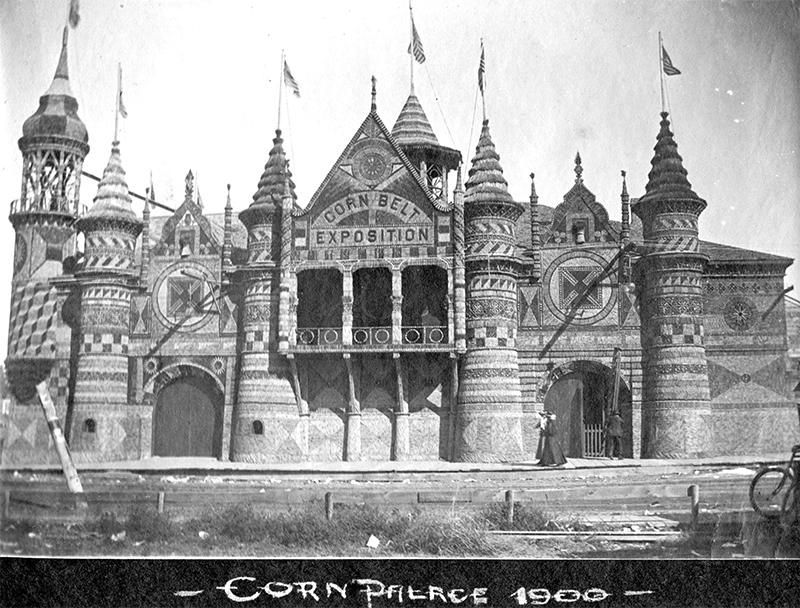 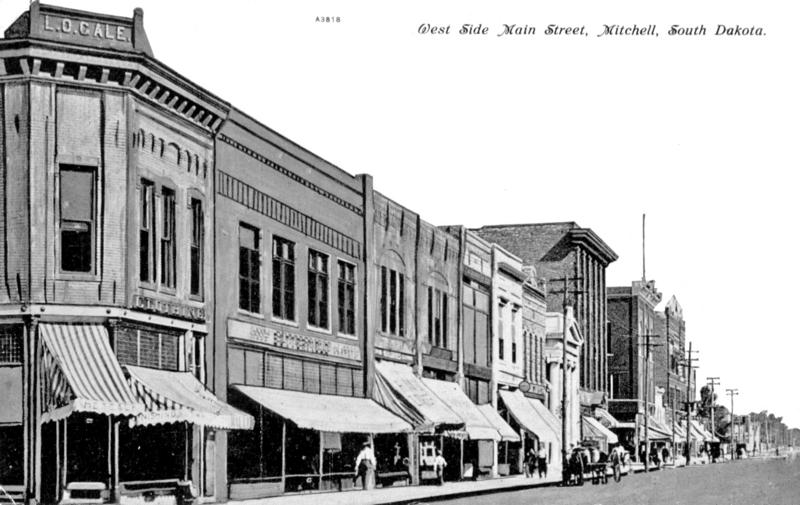 Modern Health Crusaders gather by the Corn Palace in 1926.  The group participated in a program that began around 1916 in schools and promoted healthy habits.   Various ranks existed within the program with each rank having certain tasks. These ranks had certain goals: Page- the first 5 weeks of the program, Squire- must do 54 chores per week for 5 weeks, Knight-must do 54 chores per week for 10 weeks, Advanced Order – repeat the first 15 weeks and able to wear a pin, Knight Banneret Constant – member for life and earned only after 4 years in the program. Chores included such activities as washing hands before each meal, washing face, ears and neck, keeping fingers, pencils and everything that might cause injury out of my mouth, protecting others if I spit or coughed, in bed 10 or more hours at night with window open, eat slowly and eat wholesome foods like vegetables, fruits and milk, and go to the bathroom regularly.  Participants could earn pins and certificates and had uniforms which included a helmet shaped cap with the double crossbar cross as its decoration. This was an effort by the National Tuberculosis Association, now the American Lung Association, to curb TB and other health issues.  Stair Photo 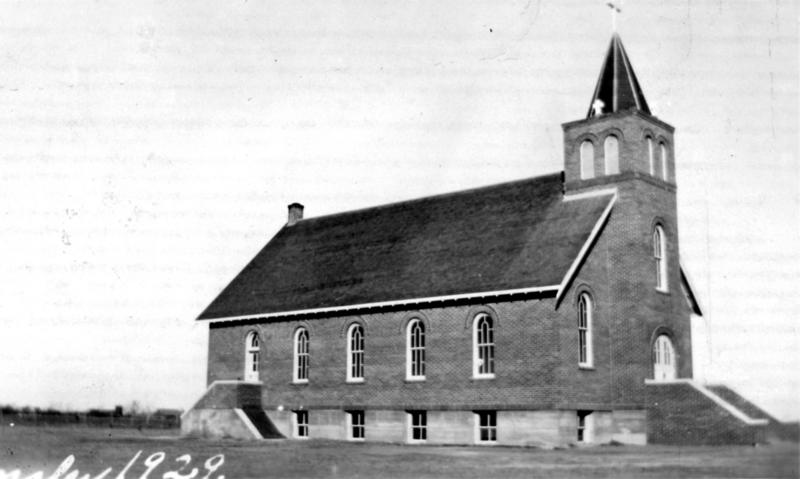 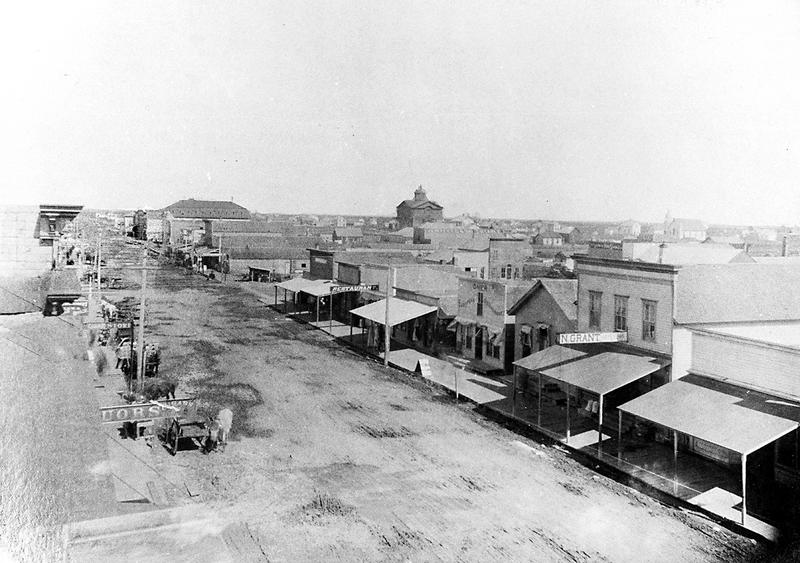 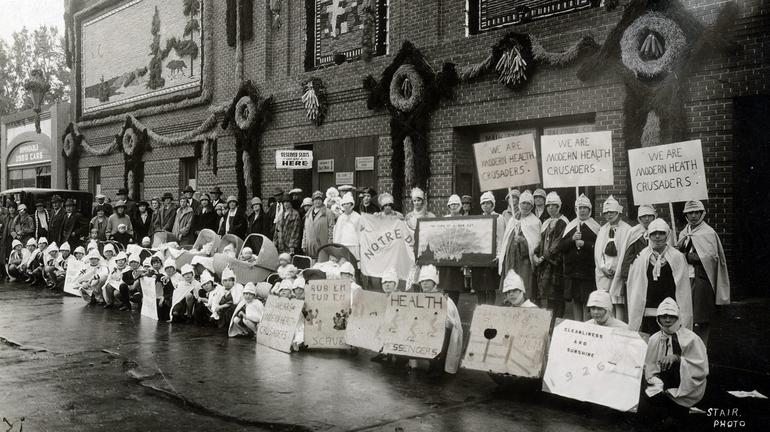 One of the best shows in town was the paving of Mitchell’s Main Street in 1913.  It took many workers with muscle power to level the street, lay the crushed rock base, mix the paving material and place the concrete.  Water, cement and sand had to be hand-loaded into the mixer located in the center of the picture to produce the paving material.  Using wheelbarrows, the mixture was moved to the area where it was placed in sections across the width of the street, hand-trolled to smooth it and corn-broomed to provide the texture. 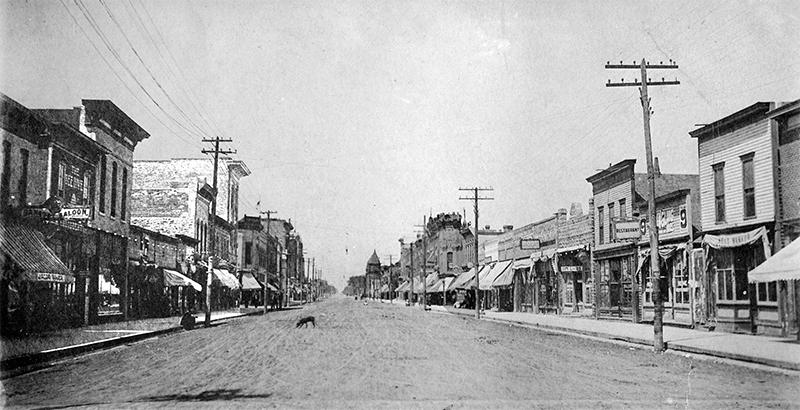 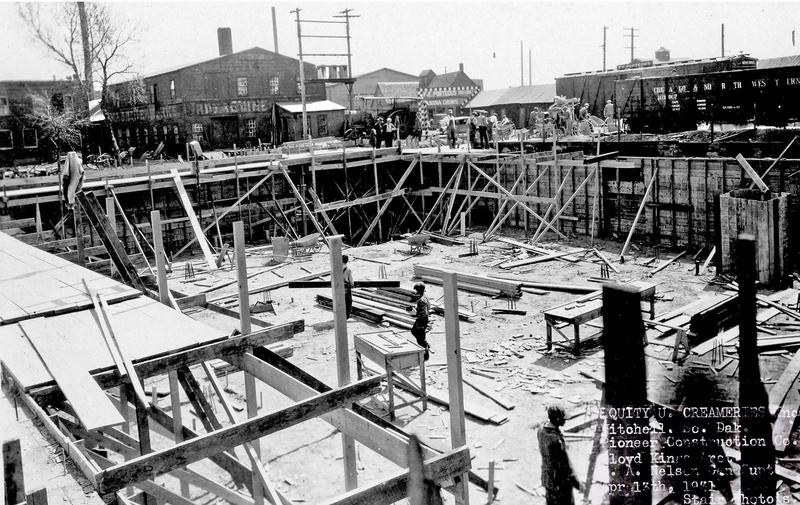 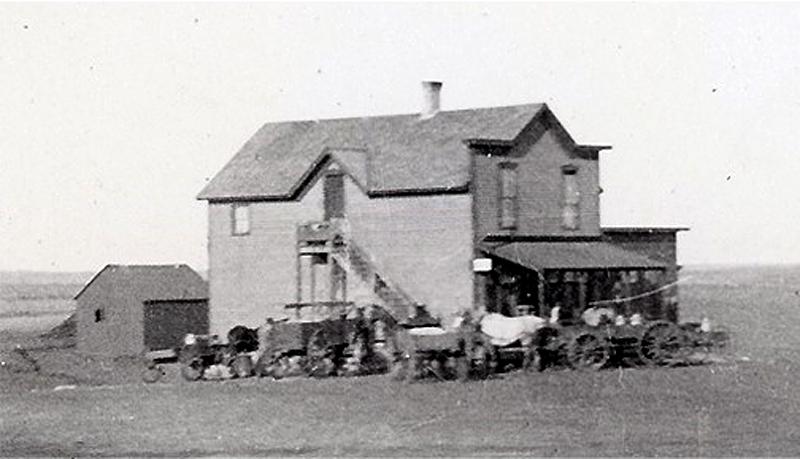 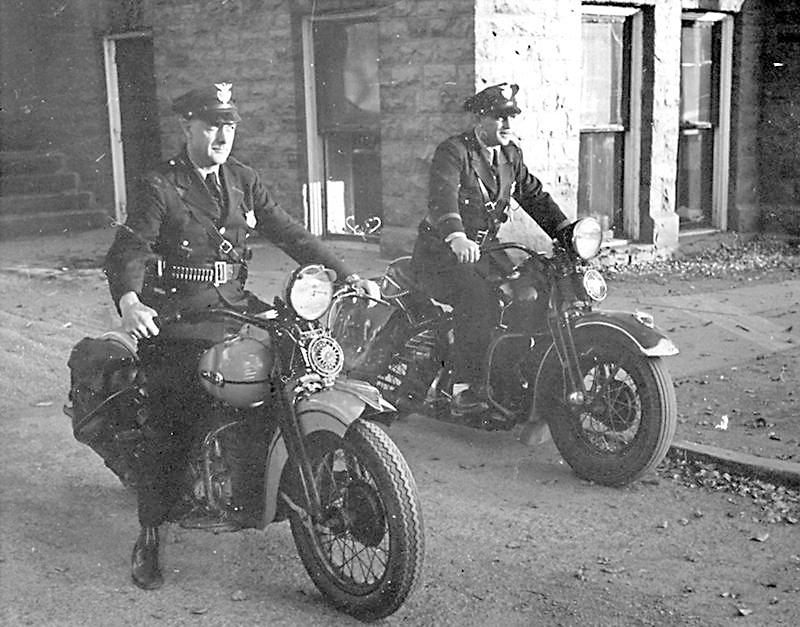 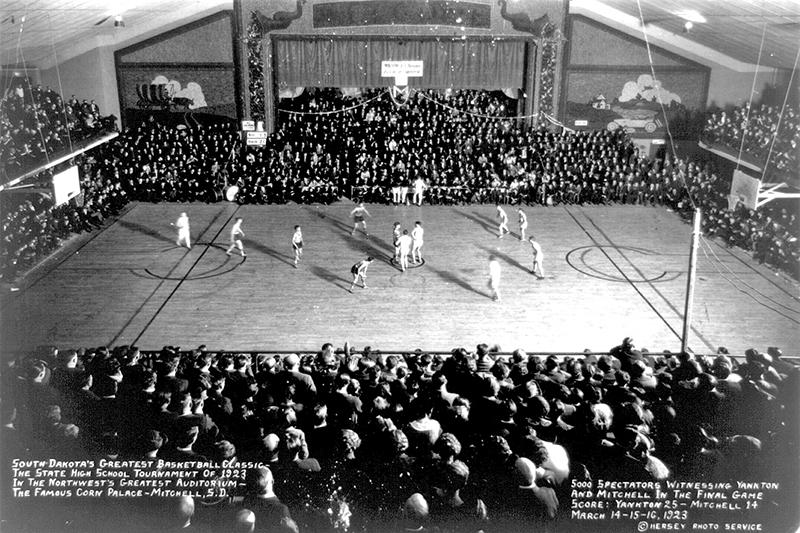 Stagecoach Way Station   This one of the buildings moved from Firesteel to the current site of Mitchell in 1879. The site of Firesteel was chosen by H.C. Green and John Head because they thought the Milwaukee Railroad would select this area to cross the James River. The settlement of Firesteel grew to 32 buildings by 1879.  The railroad did come to the area, but the Milwaukee surveyor thought the area to be a flood plain and moved the location one mile west.  The settlers moved by any way possible everything, including the  buildings, to the new location picked by the railroad. The railroad came to town in 1880 and Mitchell boasted around 320 citizens. Mitchell was incorporated in 1881 and had a population 1,000 by 1883. The city booms and the 1884 directory reports a population of 4,000 and 200 places of business. 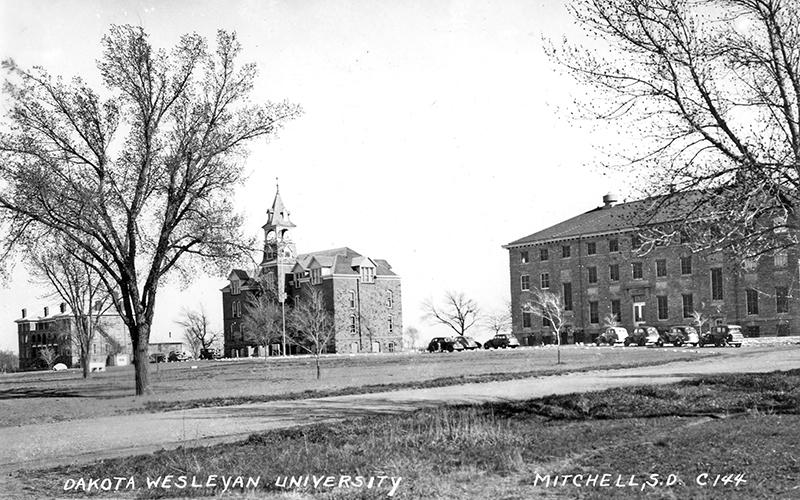 A photo from 1923 at the Corn Palace details the state high school basketball championship between Yankton and Mitchell. In the photo from the Hersey Photo Service, the game was called “South Dakota’s Greatest Basketball Classic” in the “Northwest’s Greatest Auditorium.” The photo also says 5,000 spectators witnessed the championship game, which Yankton won 25-14. The tournament was played March 14-16, 1923.

Photo from the Archives of the Carnegie Resource Center and Hersey Photo.

Honoring our police force during National Police Week, May 10 -16, 2020. This photo, circa 1940s was taken on the west side of the old City Hall that was located on the corner of Second Avenue and Rowley Street. Policemen, Charles Stumm and William Sayles are pictured on early Harley Davidson motorcycles.

This is a view of South Main Street in Mount Vernon in 1909. The town was first named Arlandtown for C. Arland, the first postmaster in 1880, but the name was changed because mail became confused with that of Arlington. The new name, which honors the home of George Washington, was selected by its residents. The picture was taken by Leland Art Company. 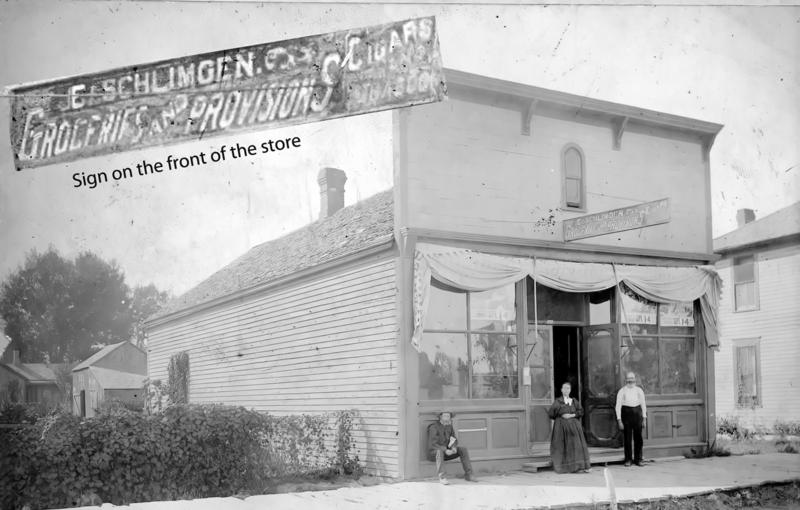 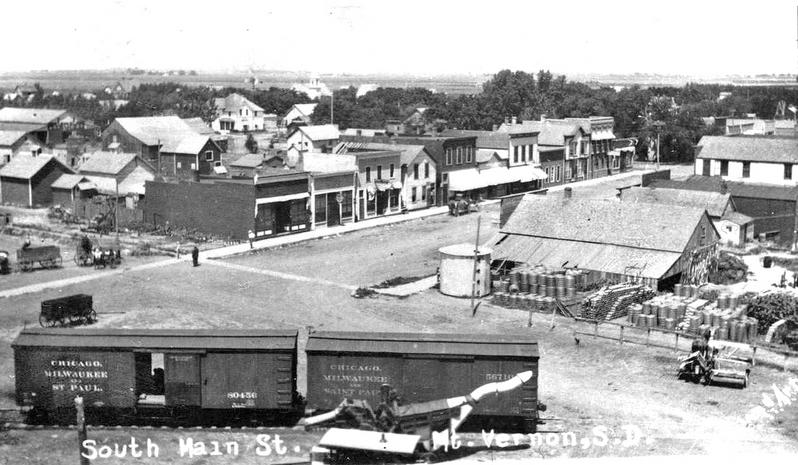 This picture comes from a Souvenir Book about Mitchell donated by Dana Noland. She writes, “I recently inherited a “Souvenir Book” that apparently belonged to my great-grandmother Mable Marie Vanderbogart, daughter of Mr. & Mrs. Henry Ray Vanderbogart, who resided in Mitchell as early as 1880 and perhaps before. I’m not sure if this was a 'published' souvenir book or if she put this together herself before their family moved to California.” This Palace sat on the corner of Fourth and Main and that year was equipped with 75 incandescent lights on stage and 400 lights throughout the upper and lower floors.

Photo from the Archives of the Carnegie Resource Center. 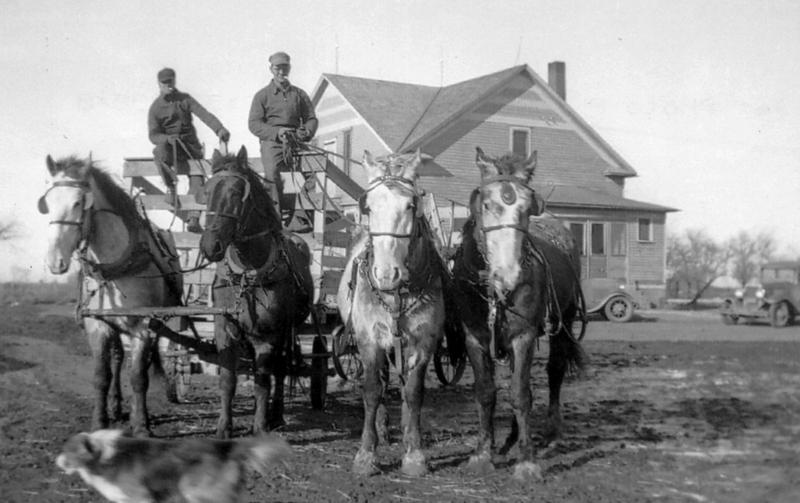 A Mitchell photographer, Eliason, shows teachers training in a Vitalizing for Agriculture class in August of 1919. Vitalizing the Teaching of Agriculture was a curriculum model developed by the Agricultural Extension Department of the International Harvester Company to help improve education in the rural schools.  It was based on the idea that lessons needed to be taught using real life experiences, objects and places. Applied lessons were the key; a student wouldn’t just learn what a screwdriver was, but what its uses were by using a screwdriver.  There were four yearly components to the plan with one unit taught throughout a year and then a rotation would start with the other three units each covered on a yearly basis. It was first presented in South Dakota at the Annual Conference of County Superintendents in 1919. The first state-wide campaign for better rural schools ever held in the US was staged in SD in the fall of 1919.  There is more information on the Vitalizing Agriculture Rotation Plan at the Carnegie Resource Center for those who would like a more in-depth explanation.

Engelbert and Sarah Trogner Schlimgen’s Groceries and Provisions store sat at 505 N. Main in Mitchell, SD.  The Schlimgens purchased the property from Margaretha Valentini in 1884 and the store was sold after Engelbert’s death in 1904 to Alice B. Tobin.  This store was located about a 1 1/4  blocks to the north of the first Corn Palace that was erected in 1892 on the NE corner of Fourth Street and Main. The city directory for 1912 listed the owner as A.J. Kettleson. The property sat vacant in 1913 but housed many different kinds of businesses thereafter.  We believe that it is currently the south building attached to The Back 40. 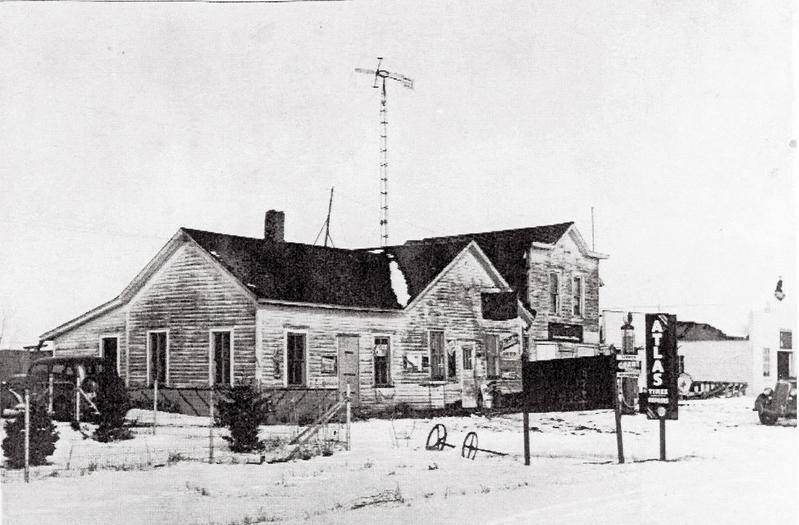 Photo from the Carnegie Resource Center. 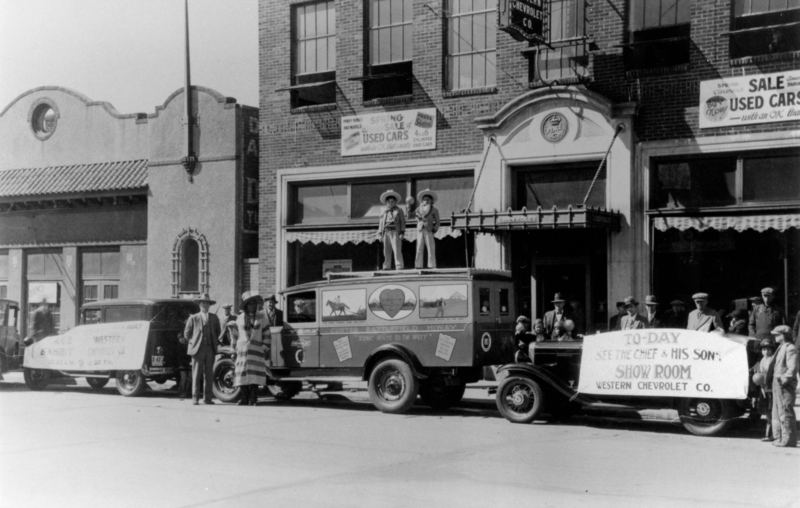 “EQUITY UNION CREAMERIES    A MIGHTY ORGANIZATION   Plant  Established By Farmers of the Northwest At Aberdeen In 1916 Was First Cooperative Centralized Creamery In World,” was the headline in the November 16, 1929, The Evening Republican. Equity continued to grow and expand its operations and opened a branch in Mitchell on March 22, 1926, with the first can of cream delivered on March 23.  The Mitchell branch located at 300 West 1st Avenue became very prosperous and rivalled the parent plant in Aberdeen.  Mitchell’s plant manufactured ice cream, and milk was bottled and distributed throughout the community.  The Mitchell branch was so prosperous that a new and bigger plant, (301 W 1st Ave.) was built in 1931 across the street in the current Sturdevant’s Auto Parts Store location. With the most modern equipment, a full basement designated for the manufacture of cheese, and space for offices on part of the second floor the cost was between $60,000 and $70,000.  Many efforts were made to have the best sanitary and ventilating conditions for the manufacturing and storage of the products which included bottled milk, cheese, butter and ice cream.  The design of the building allowed for natural light to light the two-story manufacturing area. This photo taken April 13, 1931, by Stair Photos shows the construction by Pioneer Construction Co. of the reinforced concrete basement area of the 301 W. 1st location.  Floyd Kings was the architect.  Equity opened a Co-Op Super Market on Saturday, June 16, 1945, that included a complete grocery department, ice cream store, locker plant and creamery. Milk sold for 9 cents a quart.  Equity closed in 1952.

An early postcard donated by Jeff Logan shows a desolate Mitchell Main Street. It seems that it was used to predict the activity on Main with prohibition in force. The back reads, “The Day Represents – The Prohibition Party NO Business” 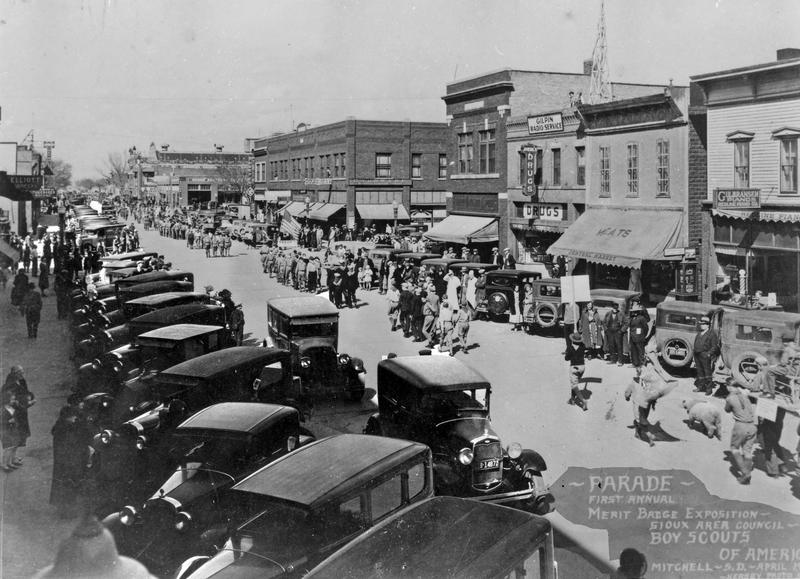 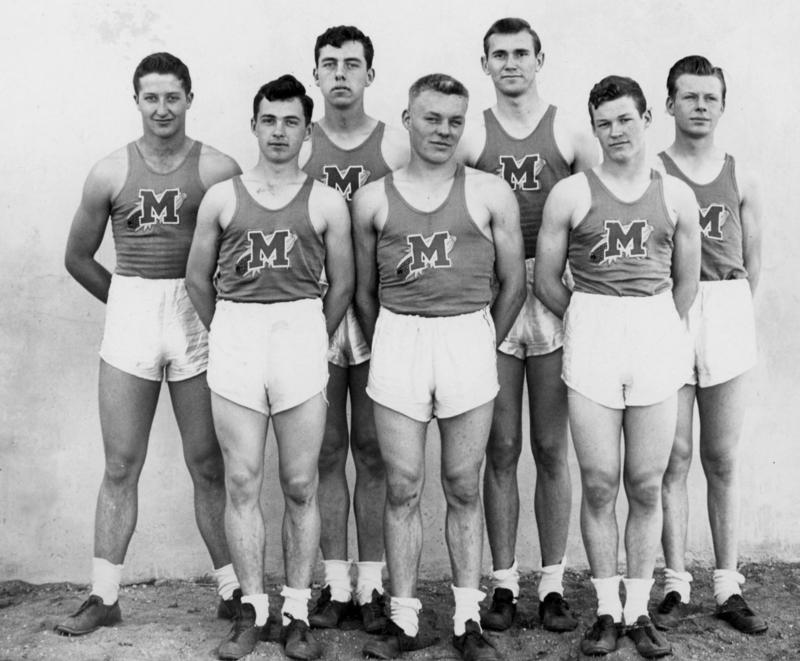 “Dakota University” was established in 1885 and changed its name in 1904 to Dakota Wesleyan University. It boasted 300 students by 1920, making it the largest private university in the state. During the depression years of the 1930s, DWU accepted farm produce as tuition and let professors live in Graham Hall. 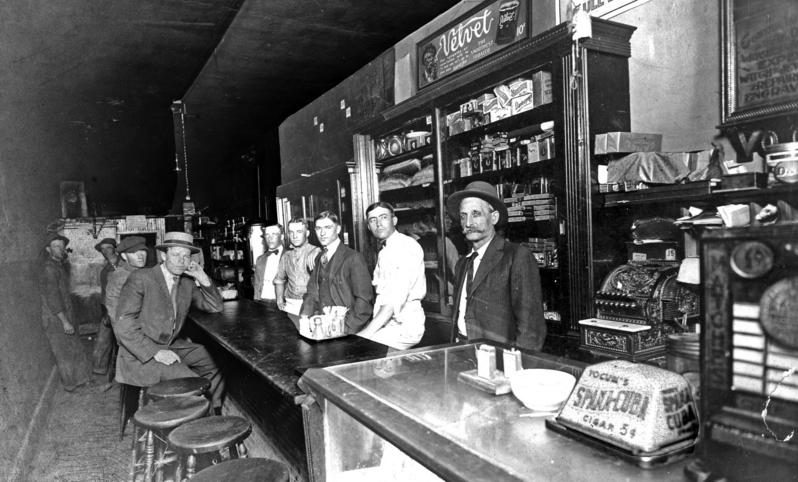 The Farwell Store that was located three miles north of the Plano School site approximately half-way between Mitchell, SD and Artesian, SD in Sanborn County.  MapQuest.com shows the location.  It was a stopping-off place for travelers to rest their horses or stay overnight; there were rooms in the upper part of the tall building.  Photo taken by Fred Harris and submitted by Don Harris.

The original wooden Emsley Assumption Catholic Church was built in 1898 on land donated by the Joseph and Mary Schoenfelder. This structure burned in 1929 and a brick building was built within the same year. A cemetery sits to the south of the church. Emsley closed in 1963 and was torn down in 2003 due to safety concerns. The location of Emsley is 7 miles west and 1¼ miles south from Ethan, where the cemetery is still maintained.
Photo form the Carnegie Resource Center.