The importance of railroads in settling the United States cannot be underestimated.  Passengers could sleep on trains, eat on trains and just travel from place to place.  This example of the plates used in dining cars and the menus available give a peek into the past of a railroad trip from the first half of the 20th Century.

One of the “finest, men’s clothing stores in the area,” says a Daily Republic article from 1964. Becker’s was known in South Dakota, Iowa, Nebraska, Minnesota, and North Dakota. They prided themselves on having a variety of sizes and even advertised, “We fit the hard to fit. Long men, short men, tall men, all men.” Becker’s even helped supply some of the smaller clothing stores with merchandise at a reduced rate. Emil Becker and his son Delvan came to Mitchell in 1887. Emil was working for Hirsch-Wickwire and Company, a clothing company from Chicago. He so loved the business that he purchased the store from the company. In 1906, Emil Becker remodeled his two-store front to a one entrance store at 206-208 North Main with A.J. Kings doing the work of tearing off the old fronts and replacing the front with pressed bricks for a unified look. This building now houses Cherrybees Floral and Gifts; look high on the building and the Becker – 1906 company name plaque can still be seen. Emil Becker sold this property in 1929 to J.J. Newberry Company of New York.
Delvan T. Becker took over the business from his father and purchased the building next door at 210 North Main, the Larrison Drug Store, in 1929. The front was remodeled with the new Becker name plaque reading 1930. This is the store front in the picture.  He moved his clothing business to the new store and continued in business at this location until August of 1964 when he sold its assets. Delvan Becker was very involved in his community and at retirement thanked all those customers from the last 70 years for their patronage.  Xtreme Dance now occupies this space. 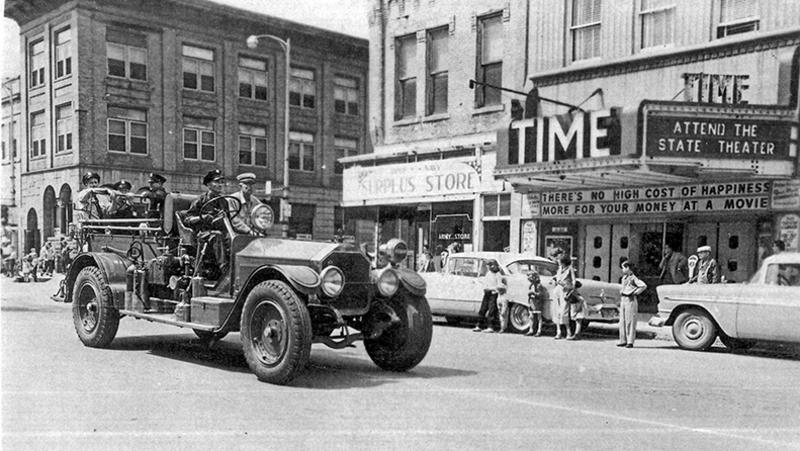 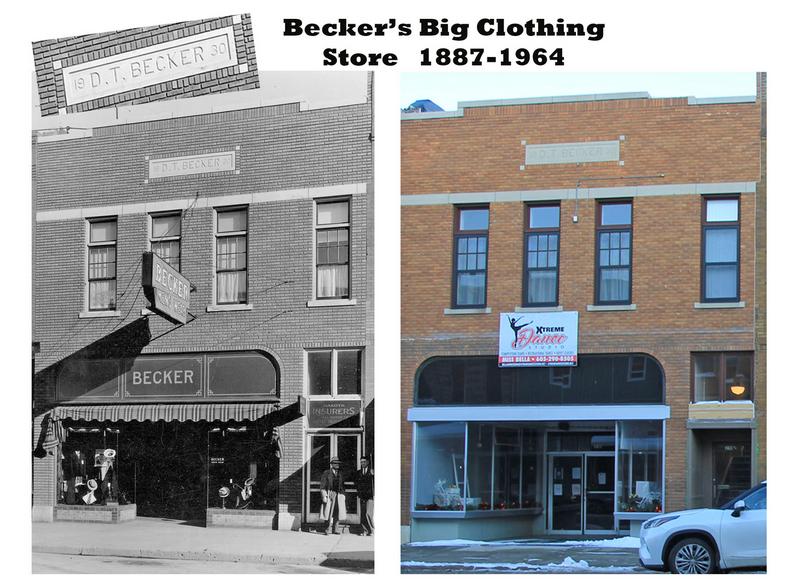 Fun in the snow 1912 version.  An unknown photographer’s photo found in the archives of the Carnegie Resource Center is labeled “1912 Sleigh ride on Court Merrill and McCabe.”


What was the winter of 1912 like? Wikipedia says, “January 1912 was the seventh-coldest January on record in the contiguous U.S. The states of Michigan, Wisconsin, and Minnesota had their coldest Januaries on record.  Minneapolis/Saint Paul endured a record-setting 186 consecutive hours of below 0 °F (−17.78 °C) temperatures, from 8 pm on December 31 until 1 pm on January 8. After only four hours above 0 °F (−18 °C), the temperature again dropped below zero, this time for 121 consecutive hours, until 10 am on January 13. Sioux Falls, South Dakota dropped to −38 °F (−38.9 °C) on January 12, which is the city's second-lowest temperature during its 1893 through 2017 period of record. …
February 1912 was less extreme. It was the 24th-coldest February on record for the contiguous U.S….
March 1912 was the second-coldest March on record for the contiguous U.S., with widespread heavy snowfalls. Williston, North Dakota had its coldest March on record from 1895 through 2017.” 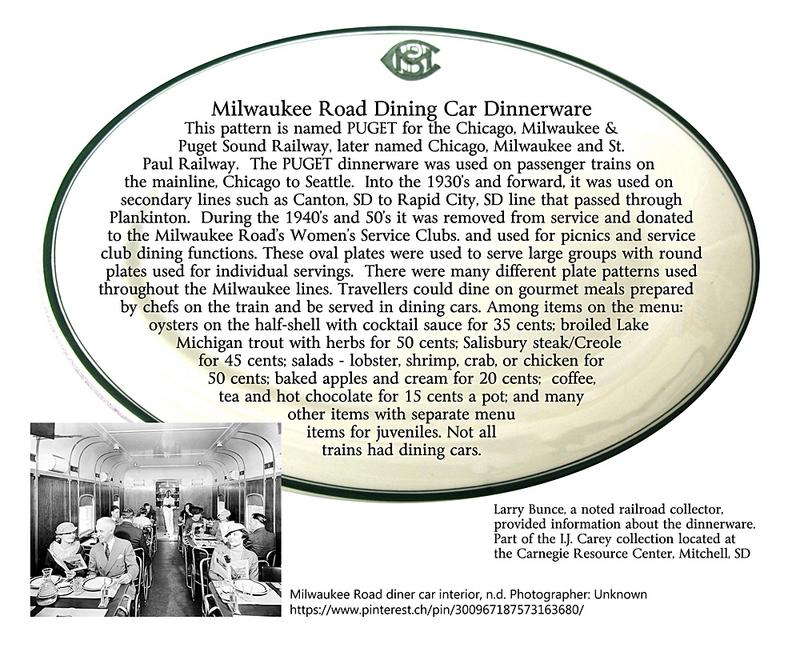